We can not generate online your budget with the data supplied. Please contact us: store@tinsa.com or by filling in the following form.


First and Last Name
Telephone
The e-mail address is not valid.
Information sent correctly. Shortly we will contact with you.

We have not been able to generate on-line the budget of your energy efficiency certification with the data provided.

Please contact us: store@tinsa.com or fill in the following form.

First and Last Name
Telephone
The e-mail address is not valid.
Information sent correctly. Shortly we will contact with you.

We cannot calculate the Certification

We could not obtain the information

We have not been able to generate the Certification with the supplied data. Please contact us: store@tinsa.com.

The Stima report could not be generated

The Stima report could not be generated with the data provided.

Please contact us: store@tinsa.com or fill in the following form.

First and Last Name
Telephone
The e-mail address is not valid.
Information sent correctly. Shortly we will contact with you.

A VALUATION REPORT FOR ESTIMATING A FAIR PRICE

In the event of disagreement, owners and public agencies would be facing a process that can take several years. Knowing precisely the starting value of the assets, properties and affected rights, the compensation that can be claimed and what the chances of success are for an appeal are vital points when optimising a financial investment that involves a process such as this.

WHO IS IT FOR?

NATURAL OR LEGAL PERSONS
WHO ARE OWNERS OF LAND AFFECTED BY AN EXPROPRIATION IN FEE SIMPLE, EASEMENT OR TEMPORARY OCCUPATION. ALSO INDIVIDUALS OR COMPANIES INVOLVED IN THE OCCUPATION OF INDUSTRIAL OR COMMERCIAL ACTIVITIES.

1. THE SITUATION. A company from La Mancha was affected by an expropriation process stemming from construction of the AVE high-speed rail to Valencia. The government made the company an offer, but it was not in agreement. It contacted Tinsa.

2. OUR SERVICES. Tinsa analysed the proposal and performed a prevaluation of the property’s expropriation. The evaluation concluded that the offer by mutual agreement proposed by the government could clearly be improved: Tinsa demonstrated that the value could be doubled. It explained its conclusion to the client and offered its services to perform the task.

3. THE RESULT. After two years of administrative proceedings, the Regional Expropriation Jury recognised a fair price value of 50% higher than that originally proposed by the government. Our fees totalled less than 1% of the amount of the improvement obtained thanks to our work. 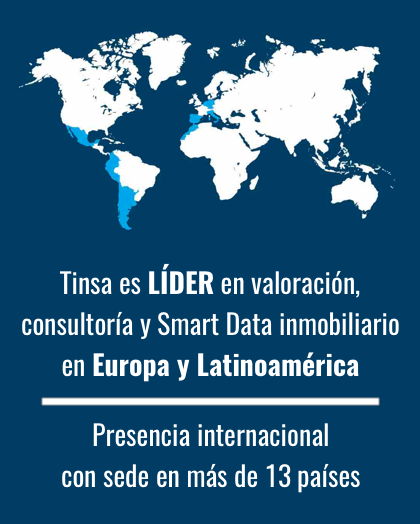 Tinsa is officially endorsed by practically all financial institutions, and its reports are accepted by all government bodies.

A valuation by a well-known and respected company is a guarantee for third parties.

Thank you for contacting Tinsa! We will answer your question soon.

Please wait while we request the viability of the report.

We do not have your phone number. Please write below to update our records.

Scope of the estimated value results:

If you log out, you will not be able to add more products to the cart linked to your user until you log in again with the same profile.
Log out

You can find out more about which cookies we are using or switch them off in settings.

This website uses cookies so that we can provide you with the best user experience possible. Cookie information is stored in your browser and performs functions such as recognising you when you return to our website and helping our team to understand which sections of the website you find most interesting and useful.

Strictly Necessary Cookie should be enabled at all times so that we can save your preferences for cookie settings.

If you disable this cookie, we will not be able to save your preferences. This means that every time you visit this website you will need to enable or disable cookies again.

This website uses Google Analytics to collect anonymous information such as the number of visitors to the site, and the most popular pages.

Please enable Strictly Necessary Cookies first so that we can save your preferences!